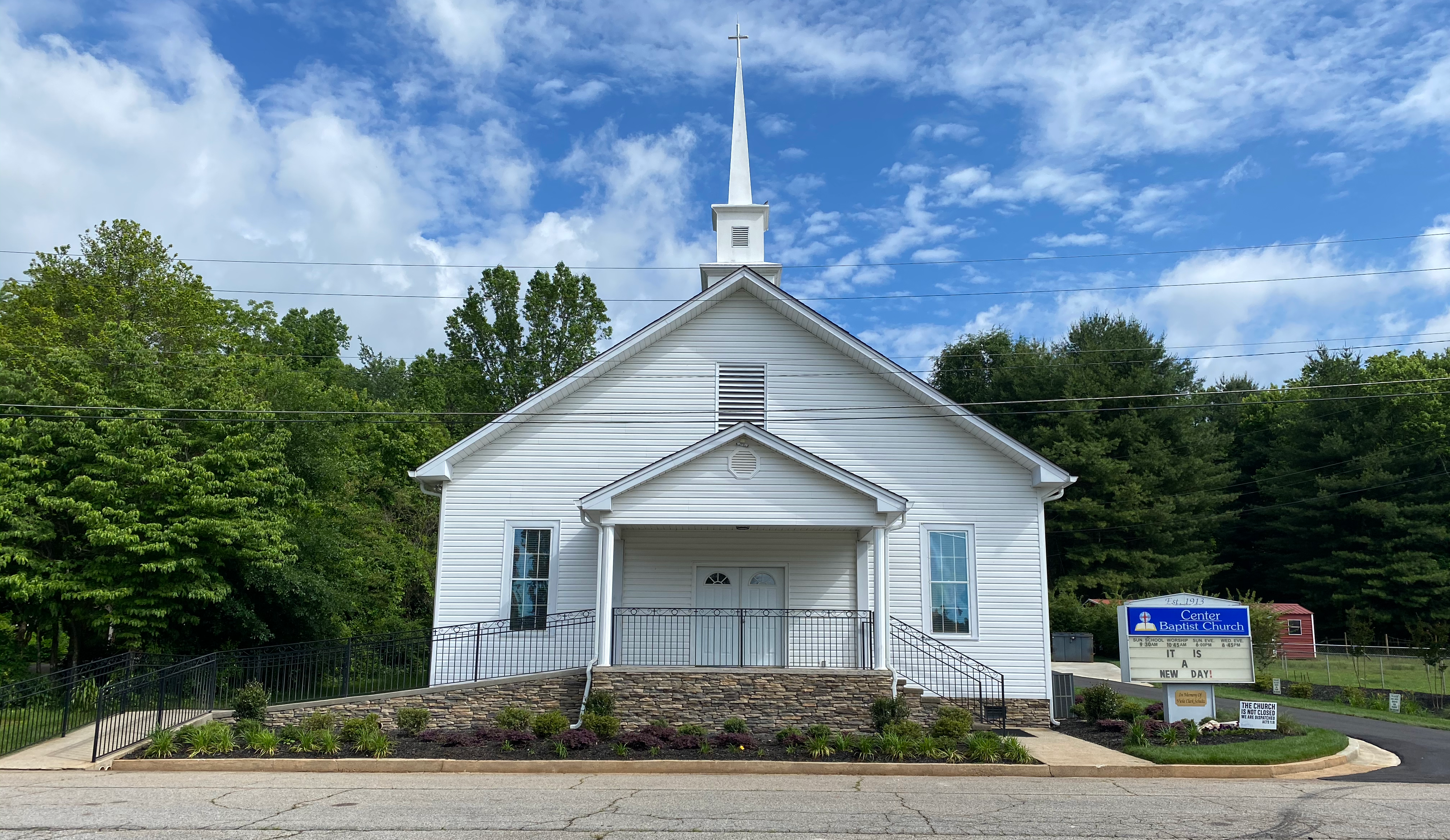 Topping the hill on the old Kimsey Hill Drive recently named Curtis Road in the White County town of Robertstown, the full view of Center Baptist Church immediately imposes a peaceful sense to resident and visitor alike. For the visitor, it may be the impression of a storybook setting. The church, though small, has been an influence and a landmark for generations since its beginning.

Many years ago, some of the minutes of church conferences were burned in a house fire. As a result, much of the history of the church is missing. Some gaps have been filled in from interviews of witnesses and stories handed down through generations.

One story handed down relates that as the community was being settled in the very early 1900’s, the closest Baptist Church was a few miles away and transportation was not as available as today. Some of the men canvassed the community about the possibility of organizing a Baptist Church in Robertstown. Response was favorable and the rest, as they say, is history.

The church originally called Roberstown Baptist Church was organized on July 5, 1913. There were 17 original members. The first pastor was T.W. Flowers who was elected for the remaining part of 1913. On motion, a building committee was appointed to act as trustees for the property of church. Again according to oral descent, the first meetings were held in homes and later in a school building. Twelve years after its beginning the church sanctuary was constructed on land donated by W.I. Stovall and W.H. Clark. Sunday School classes also met in the sanctuary on Sunday afternoons. Sometime between 1916 and 1921 the name was changed to Center Baptist Church; worship services were held twice a month.

Records available do not indicate how financial matters were managed. The earliest note of paying the pastor was a note in the minutes April 18, 1915 when a collection was taken for the pastor. The total amount was $4.65.

In May 1975 the church purchased property on the hill behind the church for $7500. A trailer was purchased and placed on the property for the pastor to live in.

Our approximate membership is grown from 342 in 2012 to 391 in 2015. We continue to baptize people in the church and at the river each year.

The budget for 2015-2016 is $310,486, and includes many opportunities to serve through missions, Sunday School, Annie Armstrong, Lottie Moon, Missions Trips, and other Special Offerings, Trout Tournament in Helen 1st Saturday in May each year where we fed over 500 people and share the gospel of Jesus Christ.